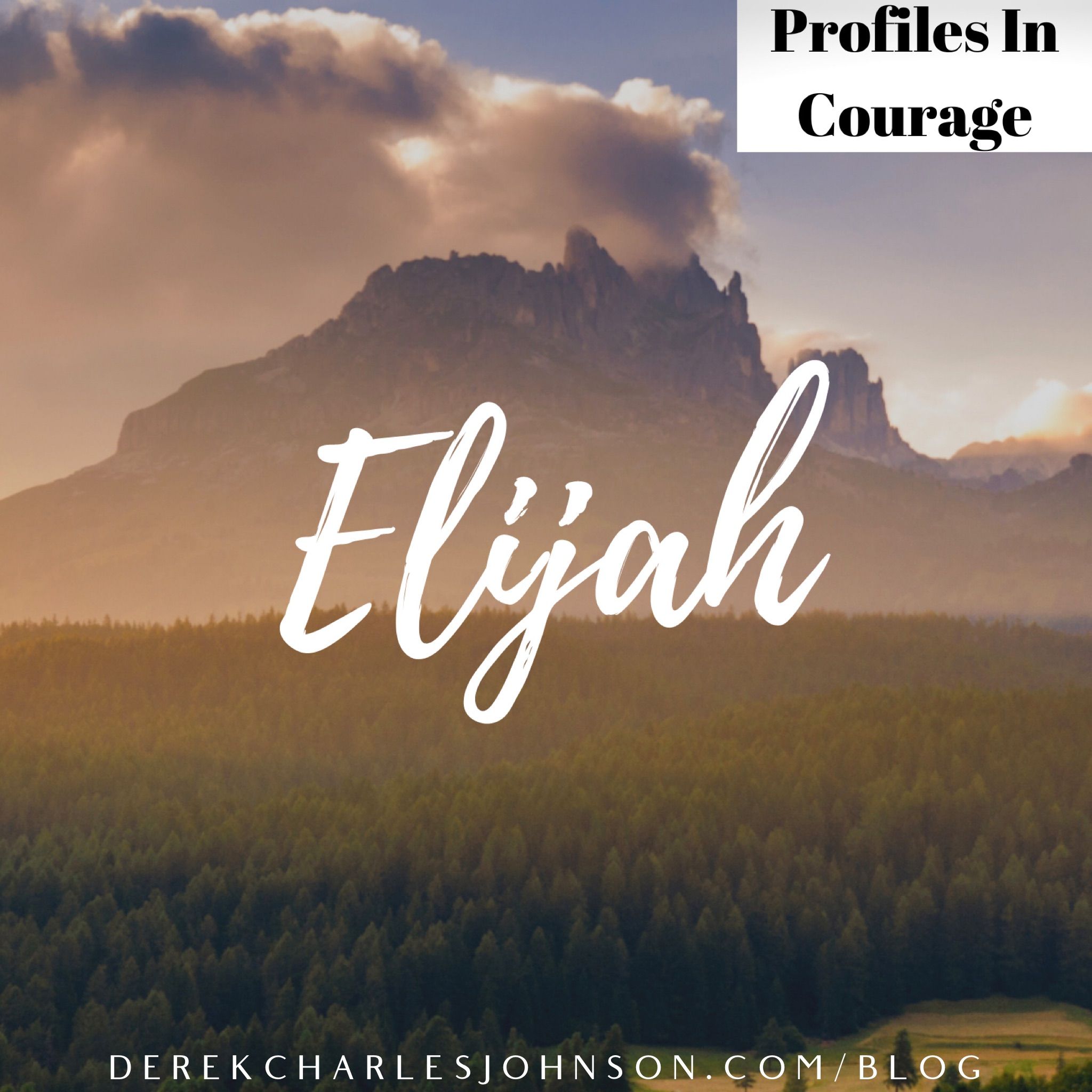 We're giving this series, Profiles In Courage, a bit of a reboot.  I enjoyed starting this topic back in 2020 as I love looking at heroes of the Bible.  My thought has been to spend an entire series (a single month) looking at some characters we haven't looked at before and maybe 1-2 we have.  Probably later this year some time.  It may be a recurring series but today's blog is a one-off to finish May.  Here we are revisiting Elijah.  This was perhaps my favorite of the profiles we have looked at thus far (we've done NOAH, JOSEPH, JOHN THE BAPTIST, and ESTHER as well).  Keep in mind, these individuals' lives didn’t necessarily fall in line with the rest of the audience surrounding them.  They were often marked by righteousness and obedience in a culture which was anything but.

Elijah is an Old Testament prophet who comes onto the scene in the Book of 1 Kings.  Elijah serves in his prophetic role during a time in which the ruler of Israel was very wicked.  King Ahab and his wife Queen Jezebel are synonymous with the overall arc of disobedience and evil that surrounded Israel during some of its darkest days (There was none who sold himself to do what was evil in the sight of the LORD like Ahab, whom Jezebel his wife incited 1 Kings 21:25).  Elijah’s righteousness is really something Ahab hates about him and he actually calls Elijah his enemy (1 Kings 21:20).  Being he is so hated by the ruling authorities, Elijah spends much of his time on the run, persecuted with a death warrant on his head.

1 Kings 18 is the culmination of the battle between the righteousness of Elijah and the wickedness of Ahab.  Ahab is a worshipper of other gods and his prophets of Baal and Asherah are challenged by Elijah to a showdown to determine whose god really is God.  There is much that can be written about Elijah’s life; his testimony and voice as a prophet.  But I want to spend the major portion of today looking at the scene taking place at Mount Carmel in 1 Kings 18:20-40.  When we study Elijah throughout this passage, we see someone with a faith we can emulate, especially in dark times of our own.  We see someone who did not back down from a fight when the temptation would’ve been to run away or simply compromise.  Elijah is clearly another profile in courage worth examining.  Let’s dig in.

“Now therefore send and gather all Israel to me at Mount Carmel, and the 450 prophets of Baal and the 400 prophets of Asherah, who eat at Jezebel’s table.”  1 Kings 18:19

When reading this passage, the first thing that strikes me are the odds Elijah is up against.  Really it is just 1 man vs. 850 prophets as I calculate the math.  And the fight Elijah enters is one of his own choosing:  he calls out Ahab and the prophets (and really the rest of Israel) and says “Let’s have it out.  Let’s do this!”  For a man who has seen God do the miraculous, perhaps this was already something God had been priming him for.  After all, God has already used Elijah in major ways:  he predicted a drought would overtake the land, he provided oil and flour for a widow to have food, and he later raised that widow’s son back to life.  Going into the duel at Mount Carmel, Elijah had been prepared, knowing that the odds didn’t matter with God on his side. 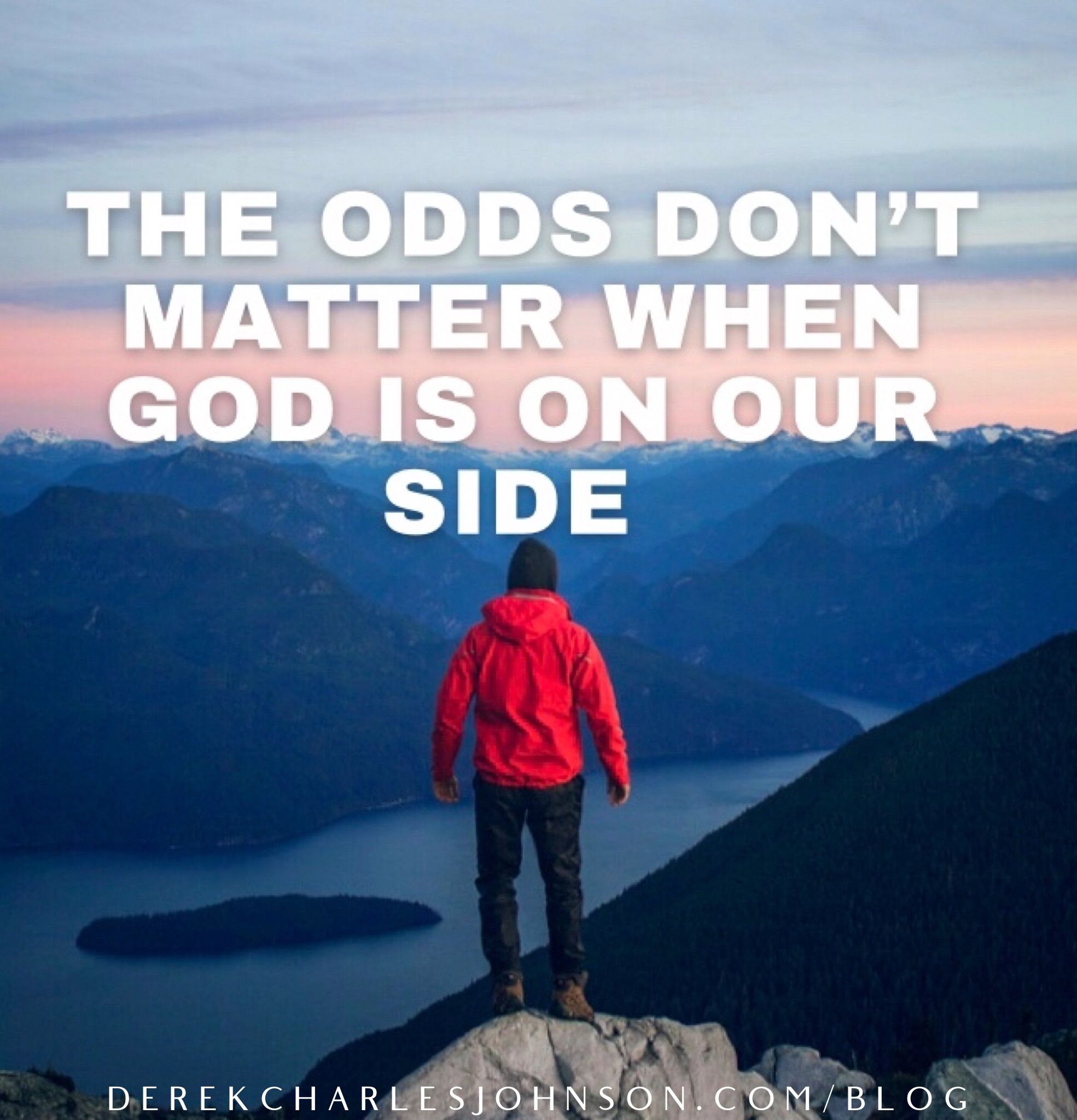 For our own lives, we often have a head knowledge that God can do the miraculous.  But I believe we fall short when don’t truly connect that knowledge into our hearts.  We see these great stories of faith and marvel at how cool it was for God to do those things.  But we forget that the same God who brought 1 man up against 850 is the same God who brings us up against the impossible odds we are facing.  If we have a lack of faith, it isn’t because God changed his character.  It’s because we stopped believing He is who He says He is.  The odds do not matter.

2. Elijah drew a line in the sand - follow God or do not

“How long will you go limping between two different opinions?  If the LORD is God, follow him; but if Baal, then follow him.” 1 Kings 18:21

In one clear, concise statement, Elijah gets to the heart of the matter.  With the whole of Israel as a witness, he lays out his case:  “Choose a side — either Baal or the LORD.  But stop trying to straddle the line and follow both.”  This is a concept the Bible speaks of often, knowing that our hearts can be drawn to serve 2 masters when we were created to only serve One:  “No one can serve two masters, for either he will hate the one and love the other, or he will be devoted to the one and despise the other. You cannot serve God and money.” Matthew 6:24  Often the role of a prophet is simply to warn and call people out from lukewarm living; to call sin, sin.  In this passage, Elijah clearly demonstrates this role. 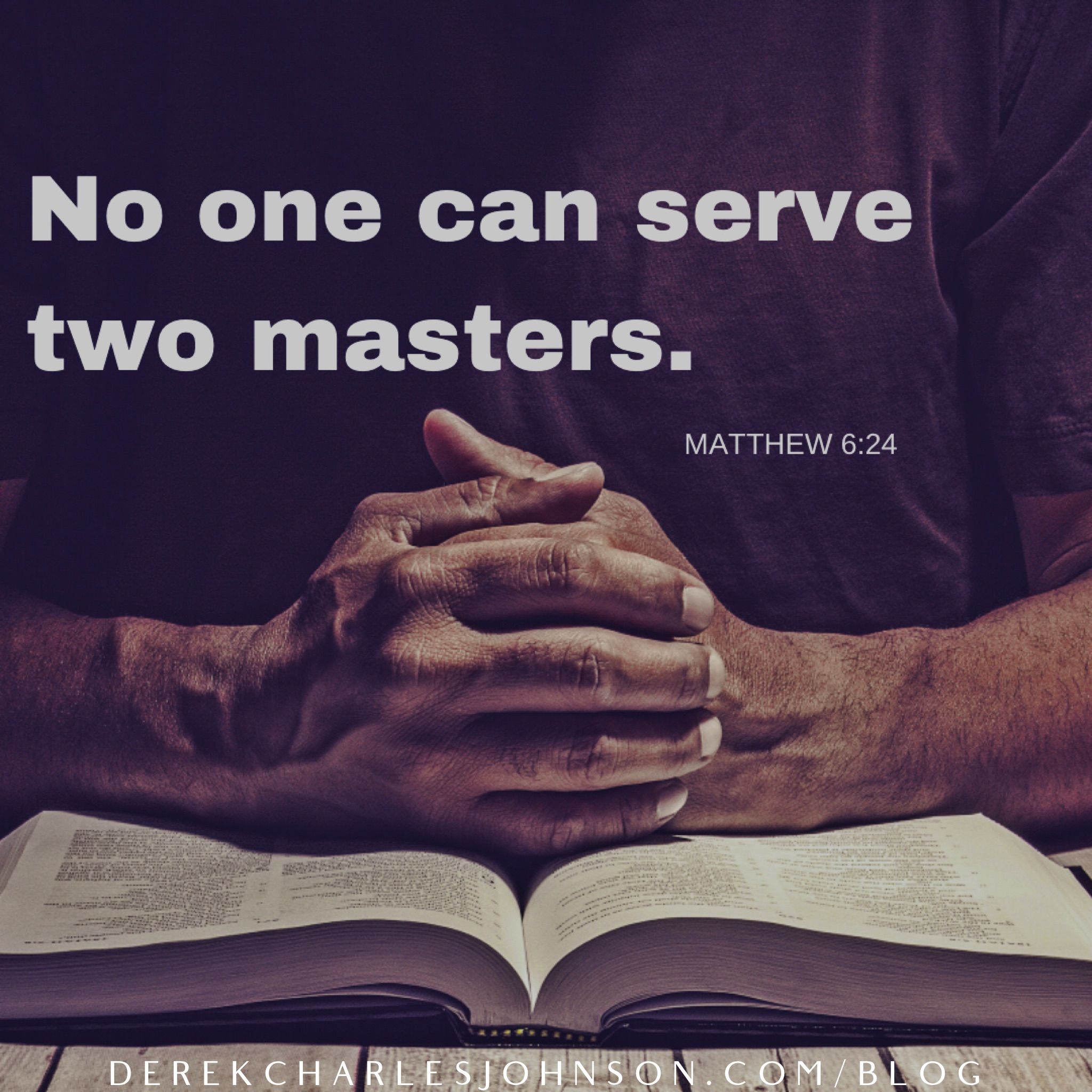 This passage stirs and convicts my heart because I know God is raising up Elijahs today to be voices of truth.  The church is one such place where our fingers must be pointed and where we must do some self-examination.  Am I trying to serve 2 masters?  Is there anything in my heart that is not fully set upon Christ and holds me back?  God’s standard for our lives is one that must be above reproach.  We live a different standard than the world does and that means not clinging to the “Baals” and false idols that an unbelieving world around us clings to.

“Answer me, O LORD, answer me, that this people may know that you, O LORD, are God, and that you have turned their hearts back.”  Then the fire of the LORD fell and consumed the burnt offering and the wood and the stones and the dust, and licked up the water that was in the trench.  And when the people saw it, they fell on their faces and said, “The LORD, he is God; the LORD; he is God.”  1 Kings 18:37-39

If we’ve read this passage, we know how the story ends.  The prophets of Baal go to great lengths, embarrassing lengths really, to get their god to show up and consume the sacrifice on the altar.  No one shows up and nothing happens.  Elijah builds his altar and calls for it to be drenched with water.  The wood and sacrifice overflowed, saturated through and through.  Elijah calls on God to answer him.  God answers with fire and consumes the altar.  The people fall down in worship; acknowledging God for Who He is. 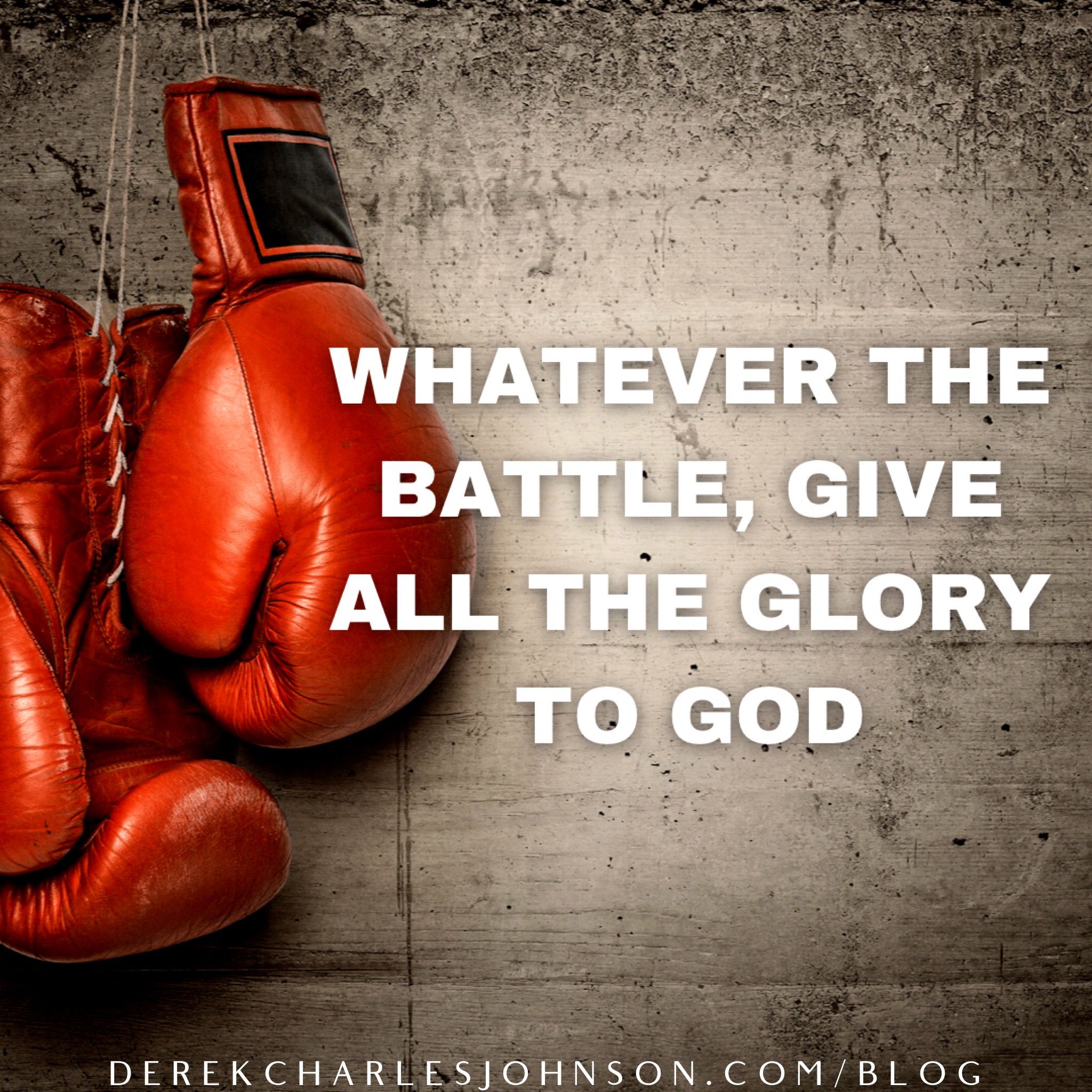 When we are obedient to the Lord, we put Him on display in a way that nothing else can.  What the people saw throughout this showdown was not only the power of God on display, but the obedience of a man to follow him despite unbelievable odds.  Elijah obeyed, knowing the power to perform this miracle did not come from him.  It came from God.  The people were not in awe of Elijah, they were in awe of God.  When we face our battles and give God the glory, people are also drawn to the wonder of the God who answers.  The God who shows up, unlike the other “gods” who do not.

Today I’m challenged to leave you with a parting question that I hope does not offend but only encourages.  This question is also my own challenge as I read this story, the story of Noah, and others who were courageous in their faith.  The question I have for us is this:  Elijah was willing to sacrifice everything for the sake of His God’s glory.  Are we willing to do the same?  Elijah did not pick an easy road and he did battle doubt as he faced many lonely days on the frontlines.  We will no doubt have some of those days as well.  But are we prepared to stand when all else around us has bowed the knee to a lesser god?

Guys I know this is a time of importance for Christians as we move further into days that are setting up the end times.  Every day it seems events are happening that make the reality of Christ’s return seem very near.  With that in mind, I share these messages not to scare, not to intimidate, but to encourage.  There are many Elijah’s running the race; I’m blessed to call so many of you as friends.  Let’s keep lifting up one another and sharpening each other in our faith.  We run for His glory and fame.

I love you guys! 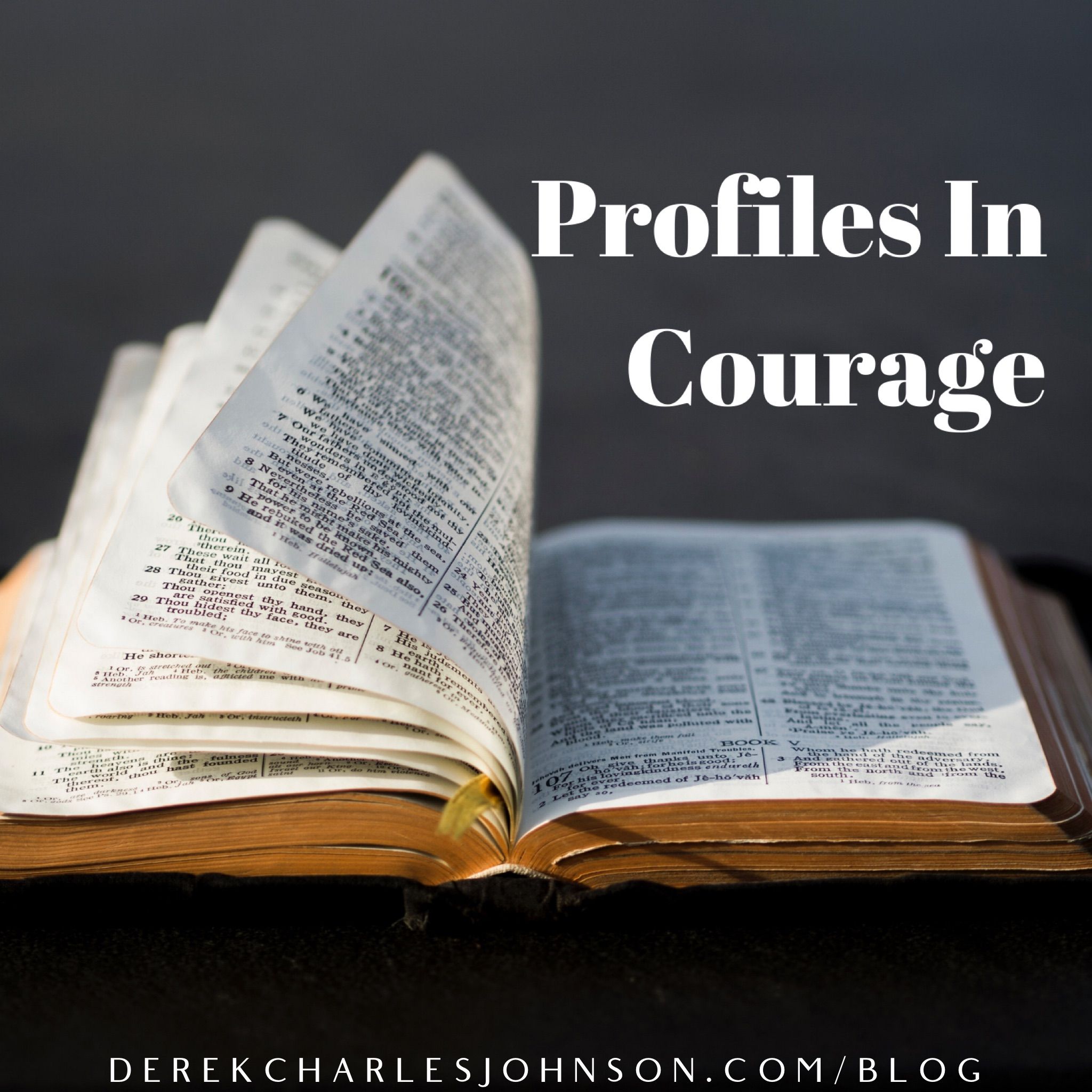