What Are The Georgia Guidestones? 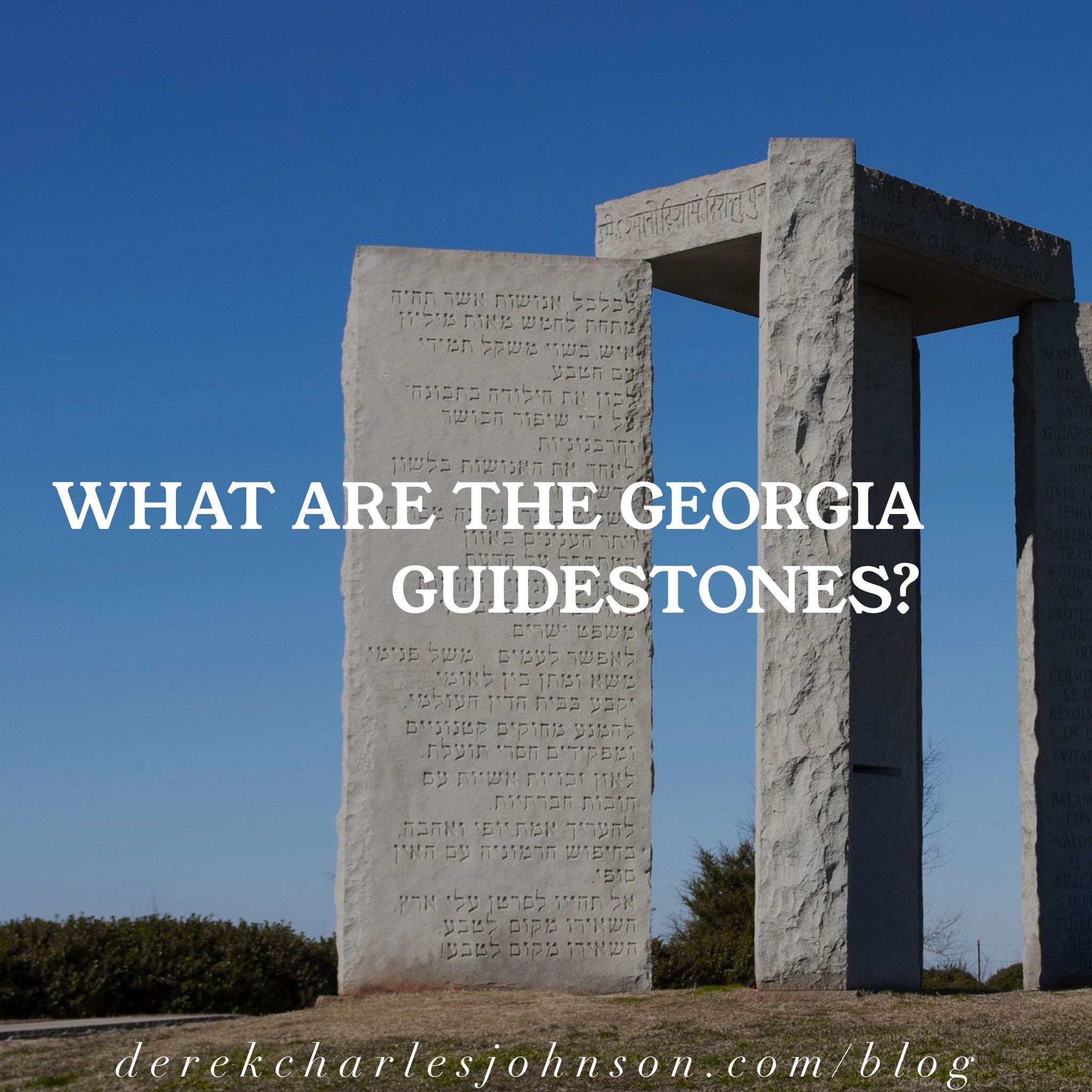 Many of you are probably aware of this monument.  The Georgia Guidestones are literally a modern-day type of "Stonehenge appearing" structure that is located in Elbert County, Georgia.  I knew of the stones but never took the time to research and investigate further.  There are several inscriptions on them and on first glance, it obviously comes from a place that is driven by a "one world/new world order" mentality.  It's pretty crazy this exists on American soil.  And of course, today no one is trying to tear it down or deface it.

What might seem on the surface as the greater good for all humanity really is not what it sounds like. Communism, Marxism, and Socialism have all been experiments that sound good in theory.  Everyone gets equal treatment.  Wages are equal.  No one is higher than anyone else in the system.

But take a look at a few statements from Karl Marx, the author of The Communist Manifesto who influenced Lenin, Stalin, and dozens of other movements.  These words clearly show that within a true Socialist or Communist society, there is no room for God and no room for religion:

“Religion is the sigh of the oppressed creature, the heart of a heartless world and the soul of soulless conditions. It is the opium of the people.”

“Religion is the impotence of the human mind to deal with occurrences it cannot understand.”

“The first requisite for the happiness of the people is the abolition of religion.”

Admitedly, the Georgia Guidestones do not necessarily share the same direct sentiment that Marx had when addressing religion.  But within the 10 principles inscribed on the monument, there is an inherent idea that society becomes better when religion and open thought takes a backseat to the rule of law (i.e. the State).  Take a look at the principles:

Clearly population control, one world government, one language, one religion(?), and so on are all part of this movement.  The reality of the inscriptions are that in order to be kept, the God of the Bible and Christianity itself would no longer exist.  Christianity must be rooted out and cast aside, as Marx himself proposed.  Truthfully, the stones have been referred to as the "Ten Commandments of the Antichrist" with ideas that are of a "deep Satanic origin."

So why share something that I normally wouldn't post on this ministry page?  I do it because I think we are at a crossroads, America.  There have been too many things over the past several years and especially recent months that do not tell us otherwise.  Into a world crouched in worry, the government has decided that it's job is to quell fear by issuing decrees and mandates.  The control we have authorized the government to take in these days might never come back into the hands of the people. And the way churches and Christians have been forced to give up rights to assemble and worship is astounding.

Where do we go from here?  I believe we must pray.  I believe we must fast and repent.  We must appeal to heaven to redeem and restore this land.  We are not a country without hope or outside of the merciful hand of the Lord.  But sin does come with a price and the sin of this land has gone unconfessed and unrepented for.  Christians must be willing to ask God for forgiveness for the things we've allowed to happen on our watch.

From there, we must take an active role in the process.  We must take political candidates at their record, not just their word (because let's face it, talk is cheap).  We research and investigate where a particular candidate stands, who has funded him/her, and what the ultimate goal of their campaign is. At the same time, we must pray for our leaders, that they would seek Godly wisdom and a desire to be led with a conscience outside of their own.

Finally, we must realize two elements are at play, both of which are spiritual in nature.  We wrestle not in the physical realm in terms of what is happening.  We wrestle and demolish strongholds in the spiritual.  We have to become a people willing to take a stand for truth.  This is a nation that was built on ideals of hope, freedom, and the right to liberty; all things we believe our Creator endows us with.

Guys, I share this today because it's on my heart.  It's been in the front of my brain most days as of late.  But I do not lose heart and I do not live my life as one without hope.  If we have Jesus, we have everything.  We have life.  We have eternity already waiting and promised.  In these days, what do we have to lose by professing His name?  We have nothing to lose and so much to gain.

Keep on running the race for the prize.  I love you guys.

If my people, which are called by my name, shall humble themselves, and pray, and seek my face, and turn from their wicked ways; then will I hear from heaven, and will forgive their sin, and will heal their land. 2 Corinthians 7:14